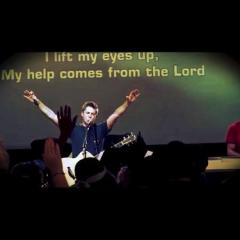 Sometimes we learn things from the actions of our children that it makes our heart swell with joy, thanksgiving and humility. That happened to me this past week.

My oldest son, Josh, is a youth and young adults pastor in Kannapolis, North Carolina. I was visiting with him and preparing to travel with him and some of his youth group to a week long church camp. We had not seen each other since Christmas, and as we were catching up on things, he related a story to me which tore my heart out as well as made me burst with pride–the good kind.

He had been praying for months about how to reach kids from a lower income project housing close to his church. It started when he, along with a couple of his other youths, went and bought some popsicles and sat down in the middle of the projects and asked, “Does anyone want a popsicle?” Kids flocked to them and the friendships began.

After several months of building relationships with these young street-wise kids, they began wanting to hang around Josh. They loved being around him because they felt he ‘really cared.’ One day one of the young boys (Sam…not his real name) was sitting in Josh’s office. Suddenly, out of nowhere, Sam said, “I wish I could brush my teeth.” Josh, with his quick wit said, “Well, go brush them” and gave one of his patented crazy looks. Then, Sam replied, “I don’t have a toothbrush.”

Josh’s heart sank. Here in America, in the land of blessing, sat a young boy who did not even own a toothbrush. With his heart bleeding for Sam, Josh said, “Get in my car!” They drove to the local Wal-Mart and he bought Sam several toothbrushes, toothpaste and dental floss. Sam, as a young, but very perceptive street wise boy, asked, “Josh, why are you doing this?” Then Josh, made one of the most Christo-centric statements I’ve ever heard. He said, “Because you do what you can, with what you’ve got.” That seemed to satisfy Sam, making him realize that Josh really loved and cared for him.

Several days later, Josh was on another shopping spree. This time he took Sam along as they shopped in Wal-Mart for some clothes for some other kids that were in need. As they approached the check-out counter, Sam was eyeing some of the individually wrapped candy. He asked Josh if he could get some. Josh told him to grab a hand full and place it on the counter and that he would buy him some. So, Sam set a hand full of candy on the counter and Josh bought it for him.

When they returned to the ‘projects,’ Josh notice something which warmed his heart. Sam was passing out the candy to the other kids….poor kids. He had not gotten the candy for himself, he wanted to bless the others. After he gave away all the candy, Josh approached Sam and asked him about the candy and why he gave it all away. Sam replied, “Because you do what you can, with what you’ve got.”

Josh was in tears as he related this story to me…and so was I. It embodies the simplicity and the responsibility of how we are to make disciples. Let us lead by example…out of sacrifice…out of love…out of realness. My son is a hero to me–he ‘really’ understands the Gospel.

Let us do what we can, with what we’ve got!