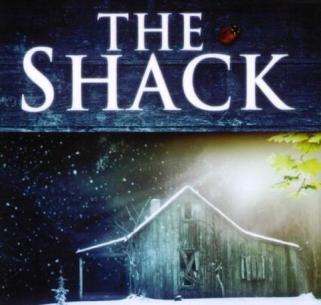 The movie, “The Shack,” like the book that preceded it, is causing a stir among evangelicals. Accusations are flying left and right. Some are fuming and warning others not to see it. Others are in a borderline state of worshipping the story. You may agree or disagree, but here is another $0.02 worth of opinion.

Before I start, I’m not advocating or supporting the film…but neither am I announcing with a voice of ‘grave danger’ to those who choose to see it. Whenever an artistic expression comes out, it is easy for shallow-minded and infantile believers to jump on the bandwagon of protest. After all, we can feel spiritual by focusing and judging things outside of our own soul, and avoid the deep personal issues within our heart. That way, we can keep God’s finger off the real pressure point.

END_OF_DOCUMENT_TOKEN_TO_BE_REPLACED

This will be a difficult post to communicate clearly for a couple of reasons. First, because so many Americans are unfamiliar with the international intent of the Islamic religion. Second, because Americans seems to see things with a narrow myopic view. It will be challenging for some to see, rejected by others, and appear to be a warning to others.

Donald Trump’s election will bring an increase of unrest and danger. I’m not talking about the protests and complaining we have witnessed from the left leaning socialist ideologues. Instead, I’m honing in on the underlying mantra and intentions of those who embrace Islam. Islam, at its core, is more than a simple belief system. It is a political, cultural, governmental, social, and religious belief system that creates a culture of control over its followers AND all non-believers who are allowed to live within its borders.

For eight years under the George W. Bush presidency, Islam had a friend. Even though it was under his presidential term that the attacks on the World Trade Center and the Pentagon took place, Bush continued to tell the public that Islam had been hijacked by radicals and that it was a “religion of peace”. This is double talk and demonstrates both ignorance of Islam and an attempt to demonstrate political compromise. END_OF_DOCUMENT_TOKEN_TO_BE_REPLACED

Who would have thought the political campaign would still be going? I guess the question about how Hillary could possibly lose the election is beyond the comprehension of some people. America seems to have reached a boiling point of nausea about the failure of Washington to hear the voices of working class men and women. 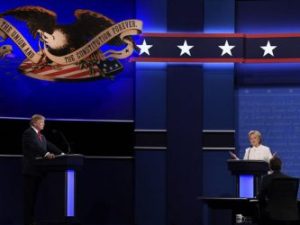 We had two very flawed major candidates. And those who are in power in D.C. and in the main stream media can not find it within themselves why the nation chose Donald Trump over Hillary Clinton. Could there be reasons she lost, or a combination of reasons, that the liberal left refuses to see or acknowledge?

The political landscape in America has been going through a major shift for many years. As God is squeezed out of the inclusion in serious debate, man is left with only secular and naturalist input to attempt to solve major issues. Hence, the hot debate over what to do with Islam in America is one such debate that rages like a blazing fire. Wisdom from godly counsel could be gained if our leaders would seek out understanding of the issues instead of just looking for another talking point to up their standing in the political polls.

Our Constitution was written by men who understood religious persecution. They did not desire to ‘kick God out’ of the public arena. Instead, they wanted to protect religious liberty in the market square. Today, most politicians, especially liberals, want to exclude God from a place at the table of ideas. And most conservatives want to invoke Him and claim to speak for Him, while many times failing to have an understanding of sound Christian Theology. Therefore, the options of policy offered by our leaders usually vacillates somewhere between over-simplistic and foolish, to outright ridiculous. END_OF_DOCUMENT_TOKEN_TO_BE_REPLACED

By now, all are aware of the Islamic terrorist attack in San Bernardino, California. A married muslim couple walked into a Christmas party and opened fire upon the very people who had celebrated the birth of their child. When the day ended, fourteen Americans were dead and twenty-one more wounded. Militant Islamic Jihad revealed its presence in the Golden State. This is only the beginning of tragedies that are headed to the shores of our beautiful country. Whenever a nation and its political leaders choose to hide their heads in the sand of denial, it is only a matter of time before what is denied crashes upon its shores.

First, there is President Obama, who claims to be a Christian. But in every major policy and speech, his actions look more like those of an atheist or a Muslim. He spends more time lecturing the American public about respect to Muslims than he does going after Islamic terrorists who desire to kill Americans. His administration is filled with Muslims who sympathize with Islamic terrorists organizations. And they are responsible for helping to forge America’s domestic and foreign policies concerning ISIS and Islamic terrorism. President Obama either a) doesn’t understand the existential threats of Islam, or b) understands it but secretly wants to change the face of America. That’s another debate.

Then there is the liberal news media. Most of them could not recognize truth if it was monogrammed on their shirt. They assume to tell us what the American people want, but only if it fits their narrative for a socialist, anti-Christian, no guns, liberal society. For the most part they are the re-visited ghosts of Hitler’s propaganda machine, demanding that the public embrace Obama’s vision for America. They have sold the average voter short END_OF_DOCUMENT_TOKEN_TO_BE_REPLACED

I don’t get involved in political issues much, but if I was the enemy of mankind, this is a letter I would write to ISIS concerning the destruction of America. In the spirit of C.S. Lewis’ “Screwtape” character, I offer this post.

This is your supreme commander, General Beelzebub. You have been working successfully toward our goal of world domination. In order to help you to continue to further our goals upon the earth, I would like to give you some tips and schematic outlines for success. My advice especially involves conquering that evil nation known as America. END_OF_DOCUMENT_TOKEN_TO_BE_REPLACED